The following tracks listed below are additional bonus tracks found on several releases.  Crying Your Knife Away is the first of six official "LIVE bootlegs" to be released through GBV. This '94 show in Columbus, OH contains a cover of The Breeders "Invisible Man.

The second series of selections are three tracks that were added on to another official "bootleg" live show double LP, Jellyfish Reflector.  The three added tracks to the end of Jellyfish Reflector were previously unheard studio recorded tracks, and are only available on the LP version and its reissue, not the CD version.

The next selection is an exclusive track to the Japanese version of Under the Bushes Under the Stars.

Following that is a bonus track added to the CD version of Mag Earwhig!

The next selection is from yet another official live "bootleg," issued by the band. The tracks are all cover versions released on the 2001 double LP + 7'' bootleg King's Ransom: Happy Motherfuckers and Sad Clowns, recorded live in Asheville, NC in early 2000.  GBV were apparently in the cover mood that night, adding plenty of sloppy numbers to tape. The collection also features two The Who cover songs released on compilations that are reviewed here and here.

Following, we have a Doug Gillard composition off GBV's planned final LP in 2004, Half Smiles Of The Decomposed.

And the newest addition, from the live LP Ogre's Trumpet, we have a cover version of the The Monkees "Saturday's Child," recorded 2017 in Asbury Park, NJ. 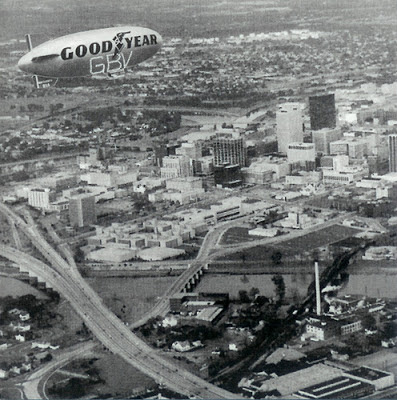 from Crying Your Knife Away official bootleg live LP (1994)

Invisible Man- 2  Live recording from 1994 of the Breeders “Invisible Man.” Poorly recorded, brittle fuzz with nearly inaudible vocals and sloppily strummed guitar. A valiant effort, but ultimately a failed late night, drunken performance. If you love the original, this one’s not gonna do it for ya. If you hate the original.... c'mon now! What's your problem?! If I was at this show there is no doubt I would be loving this, but I don't need to hear this half-assed version recorded. 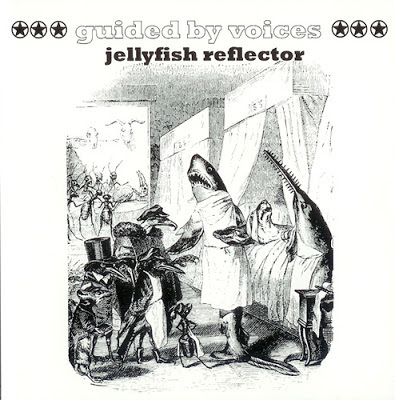 Bug House- Same version as the 2nd version off Disc 2 of Suitcase. Read review there.

Pantherz-  4 Originally intended for the aborted The Power of Suck LP, this eventually surfaced as a demo off the Suitcase collection.  Here, the full band is in prime form, stirring up a punk-pop bouncy jumper with simple, high end guitar lead that’s pretty killer. Excellent lost song.

I’ll Buy You a Bird-  2 Acoustic, lonely confessional song.  Not much here of worth the over a minute and a half listening effort. Add one point for classic, Pollardian lyrical surrealism. 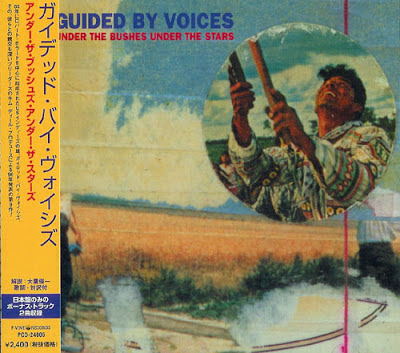 from Under the Bushes Under the Stars Japanese bonus track (1996)

Finks- 3  As if the LP wasn't long enough. Sounds like mid-‘60s British Blues rock, when everything was starting to get a little drug tinged.  The crunch of the verses are the most memorable part, as the choruses are a bit of let down to the steady walk down of the guitar melody. 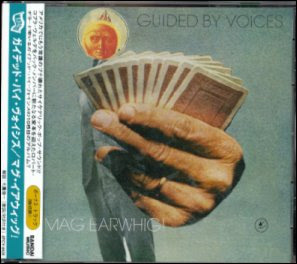 
Running Off with the Fun City Girls- 2  Fairly short and streamlined song that just doesn't do it for me. Forgettable enough to be a bonus track on the first (arguably) lackluster Guided by Voices album in a while.

None of Them Any Good- 3 Reminiscent of a Pavement or rickety Railroad Jerk slow jam. On shaky legs, and warbled vocals, the song hazily lurches forth. 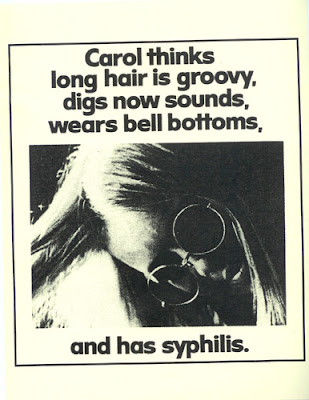 I Am The Walrus- 4 While it's been documented GBV covered several Beatles songs's throughout their live tenure, however,  "I Am The Walrus" remains the only to see official release. The track opens the live set, as Pollard announces it the final show of the Do The Collapse tour, introduces the band, and declares they're going to improvise on a Beatles song they don't know. Whether this is strictly improvised, or simply unrehearsed, it's a brilliantly short, fumbled pounding version of a great Beatles track.

Ziggy Stardust- 4 Another fairly choppy version, but more substantial than their Beatles opener. A wonderful, blaring rendition of one of David Bowie's cornerstones, lead by worthy guitar slinger, Doug Gillard.

Wild Horses- 3 Pollard, the jokesmith is let loose again. "We'd like to do a medley for your called 'Your Name Is Wild Horses.'" This is funny to about two people on any given month, me being one of them. GBV opens up with a minute and a half of The Rolling Stones classic "Wild Horses," before shifting into the next original track "Your Name Is Wild." Entertaining short snippet rendition.

Highway To Hell- 1 A shat snippet, ramshackle version of AC/DC's track that barely pans out. The band drops out after about 20 seconds, and Pollard bellows "I'm on a hi...." and then it ends in feedback, and crowd cheers. Pollard then says "you are an asshole," to someone. Not a cover. Unfairly labeled on the LP as a song. Oh well. Can't win 'em all. Still, it's kind of funny. 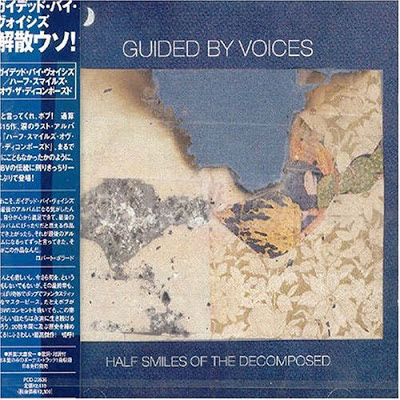 from Half Smiles of the Decomposed Japanese bonus track (2004)

The Mind Refuser- 1 Completely insufferable five and half minutes of Doug Gillard messing around with ‘70s self-indulgent piano schmaltz. The fact that this was included as the last track, of the last Guided by Voices album over there is just crazy.  Long-winded, boring, depressing, and completely uninspired. AND, it’s ALL Gillard. It doesn’t ever end either. It's still going on, somewhere... 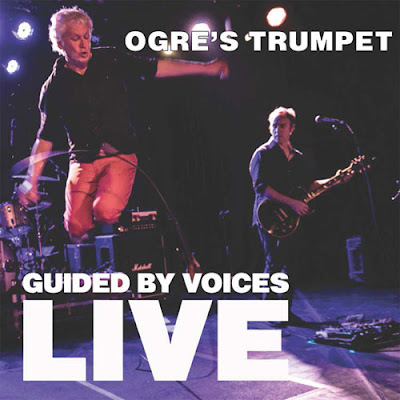 Saturday's Child- 4 Recorded on 9/1/17, this faithful cover version of The Monkees' tune became a live staple, and encore fixture throughout the year. In 2018, the track was etched in wax, and made official. Bob and company have covered many of their heroes through the year, and "Saturday's Child" is just another fitting addition. For such a late in the show fixture, the harmonies hold up well despite the obvious drinking implied  Gillard's guitar antics are Monkees' spot on with the original. A grand pop-prog, bubblegum tune. Necessary? No, but certainly a welcome addition.
Posted by Eric Truchan at 11:57 PM