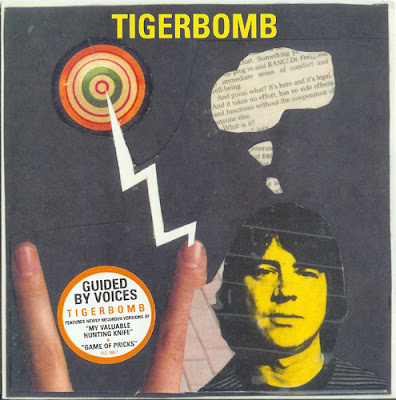 SIDE A:
My Valuable Hunting Knife (7’’ version)- 5 Radio friendly version of the same song off Alien Lanes. Slightly longer and much more dynamic with the full band, the full drum kit does wonders for the song. Still great.

Game of Pricks (7’’ version)- 5  Still a perfect song, hi-fi or not. Again, pretty radio friendly. I often go back and forth with which versions better. Alien Lanes has the scrappy charm, and intimate crackle. But this one gives you a powerful kick.  Both are fantastic.


SIDE B:
Not Good for the Mechanism- 1 Pulsating bass guitar distortion akin to Vampire on Titus ruckus. Pollard yelling nonsense over what sounds like no particular set pattern.

Kiss Only the Important Ones- 4 Comforting acoustic song with intimate feedback squeals in the background. What could have been a simple tossed off idea became a song we’re privileged to get to hear.