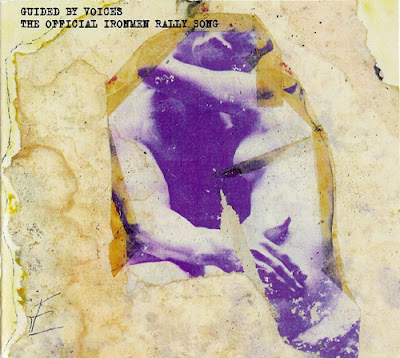 The one and only single released for GBV's Under the Bushes Under the Stars.  Released on both 7'' and CD with the same number of tracks.

SIDE A:
The Official Ironmen Rally Song-   Same recording as Under the Bushes Under the Stars. Read the review there.

SIDE B:
Deaf Ears- 3 A distorted and repetitive jangle breaks into full band recording. Decent song. Sounds like an unfinished idea, and it was revealed as such on the Suitcase box-set years later.