The New Theory Of Everything
(2011, Happy Jack Rock Records) 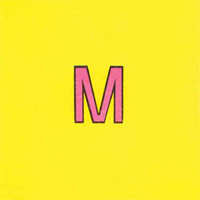 On this one-off side project, Pollard teamed up with songsmith/indie stalwart Gary Waliek. Waliek did time in Boston's Volcano Suns, and more prominently, '80s/'90 cornerstones Big Dipper. The two were joined by Robert Beerman, formerly of indie journeymen Pell Mell, who had released records on such labels at K, SST, and Matador in the '80s and '90s.

In true Pollard side-project fashion, Waliek wrote all the music, and handled nearly all instrumentation. Beerman, however, took the reigns on drums Pollard added song titles, lyrics, and vocals melodies. The LP is a fairly strong outing with a few marks missed. Worth the time of day, so drop your last damn dime on this piece.

SIDE A:
New Theory- 5 Gary Waliek delivers a solid pop song that sounds fairly identical to later period GBV. Pollard, a bit on the nasally side, tackles the melodies with strength and makes it look easy. College rock is back, you so and so!

There Never Was a Sea of Love- 4  I know.That title makes you shiver, don’t it? The song might make you shiver too, if you’re not afraid to admit you’re in the mood for a breezy, organ driven ballad with bad lyrics from time to time. Or you might just hate it. Pop this on during the next rainy day and forget about paying your bills.

Pre-Med’s a Trip- 3 Worse song title than the previous one. Recalls Big Dipper, on the heavier side. Crunchy but lackluster. For the first time on the record, feels like the 2 guys phoned it in a tad too much. Just remember the poetry of, “I at my kung fu best" (not a typo).

I Am an All-Star- 3  Ahh, the thrill of being humble. Terrible song title, yet again. Slow and delicate. Song could benefit from different lyrics in the chorus, but it’s simplistically catchy and kind of pretty. Cool bridge, chock full of some out-of-left field variety.

Dr. New Pile (Can You Guess Him)-  3 Uptempo but fairly bland on the part of Waliek. Luckily, Pollard penned a smooth and catchy chorus out of a simplistic and nondynmaic chord pattern. “It’s uniquely unoriginal,” Pollard sings at one point. Interesting. Actually, the instrumental bridge raises an eyebrow.

SIDE B:
Paint the Rocks- 1  Snoozy and moody with too much of nothing going on. Guitar seems to have a case of the tremolo fever shakes.

Lumps- 2  Tough to name a song “Lumps” isn’t it?  Not if you’re Robert Pollard. Spacey at a snails pace. Out of tune Pollard vocals that seem to have a tough time playing catch up, or even figuring out the rhythm to this molasses drip of an angular ballad.

It Had to Come From Somewhere- 2 Mid-90’s, poppy GBV riffs which start off with some promise and mid-tempo vigor. But the chorus is repetitive and uninspired. Pollards vocals throughout most of the song is, essential, spoken nonsense. Disappointing.

Wish You Were Young- 4 Great guitar riff, reminiscent of “Love is Stronger Than Witchcraft” even if Waliek wrote the song. Light, pop that sounds like it came straight off a Pollard solo LP.  Gray, and moody, but subtly hopeful. Decent, sentimental ending to a fairly positive Pollard side-project.
Posted by Eric Truchan at 11:44 AM