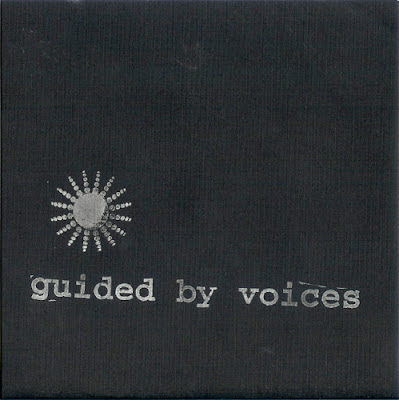 The first and only release on Jass Records is this fairly mysterious GBV three song EP. This particular slab of wax features a short and distorted GBV line-up. Formerly exiled (at least in press releases) drummer Kevin Fennell takes time behind the kit, while Pollard takes over guitar and vocal duties (a rarity to list in his releases). This EP also marks Nick Schuld's only appearance on a GBV/Pollard related release. Boasting three strong tracks, this EP is worth picking up, but now goes for hefty prices.  Also, you get to hear the original version of "Teenage FBI." Damn straight.

SIDE A:
Teenage FBI [original version]- 5  Similar to the Do the Collapse rendition, but shorter, more organic, and synthless. Add that all up and you have an even better than the already great aforementioned version.  If you’re trying to convert the average folk, use the other version. If you’re introducing a fan of left-of-the-dial, avant-pop, this is your version.

Now I’m Crying- 4  Dirty and  ruffled pop-rocker. Attitude and drunken hooks glide over shrill tape hiss. “What is it your heart desires, my brother? Wish in one hand, and shit in the other.” Pollard’s lyric encyclopedia was waiting for these two lines for a long time.

SIDE B:
Real- 4 The best recording of the 7’’ as far as fidelity is concerned. “Real” is a two minute, tremolo pop song that’s breezy and ascends into a mini-triumph of pop melodies.