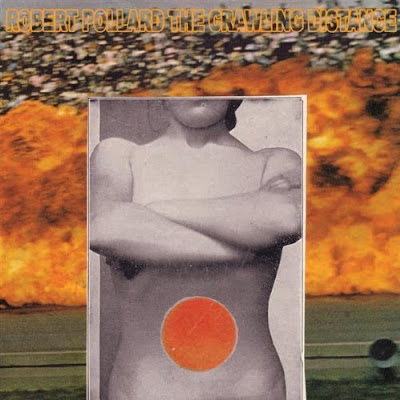 Pollard's back in action, releasing his first of two solo-LPs of 2009.  The Crawling Distance like it's predecessor, Robert Pollard Is Off To Business, is another fairly short outing song count wise (10 tracks!). Unlike that record, The Crawling Distance marks the first time in a while that the majority of a Pollard LP is flat-out... well... bad.  The LP is full of leftovers, and second-rate leftovers at that. Tainted with too much Tobias over-production (i.e. Earthquake Glue), some songs sound like scrapped ideas from Circus Devils recordings.  Overall, the LP does contain the wonderful single, "The Butler Stands For All Of Us," which was also released as the A-side on a limited, 5 song 7''.

Cave Zone- 1 Bizarre, senseless stomping idiocracy, with guitar chords that boarder on nearly catchy but progress into what sounds like wrong notes, and self-indulgent testosterone overloads.

Red Cross Vegas Night- 2 Old-school GBV acoustic intro with classic Pollard vocal overdubs. Unlike old GBV, it takes too long to “get to the point,” where it ultimately falls flat into a newer bloated Pollard stomp-rocker.

The Butler Stands for All of Us- 5 simple main riff holds this patchwork song together. Jogging along the run of the mill verse, the song treads water for a bit, shedding promise before arriving at a subtle but effective mini-chorus?  Breaks into a proggy, meandering middle section that still ends rather subtly catchy. Oddly satisfying.

SIDE B:
No Island- 2 Decent mid-temp guitar strummer intro falls into a poorly planned plodding number. Pollard sets up plenty of vocal opportunities to strike gold, but disregards them for bullshit meandering chord juxtapositions and tone-deaf vocal bends. A loooooonnnng 4 and a half minutes.

By Silence Be Destroyed-  2 Tempo’s finally picked up. Guitar and bass slides permeate this track, disguised as a hard rocker. The chorus proves to be potential for a saving grace, but turns up emptier than the uninspired verses.

Imaginary Queen Ann- 2 Adult contemporary, while seemingly copping some sorta Matchbox 20 guitar lead? Misses the mark on both verse and choruses. Gets respective points for its brevity.

On Shortwave- 1 Another plodder of a song. Meditative opening, with cello backing sounds dated. Attempts at getting epic prove futile. Hit the snooze-button.

Too Much Fun (Is Too Much Fun)- 1 Out of left field, synth drenched, tempo-shifting grab bag that could have been on Circus Devils Sgt. Disco.  Sounds like 3 or 4 song ideas weaved together. Too much Sgt. Pepper’s daydreaming went into this one, perhaps.