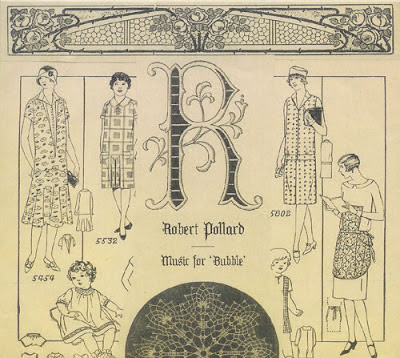 In 2005, Robert Pollard was approached by film director Steven Soderbergh (Ocean's Eleven, Traffic, Sex Lies and Videotape, etc.) about creating a soundtrack to his upcoming independent film Bubble. Naturally, Pollard obliged his long-time fan and whipped up a batch of 6 tracks. AAAnnd naturally, Pollard released the tracks in soundtrack form on his own Fading Captain Series label. Why? Because we need these things, goddammit.

The EP is brief, mixed, but ultimately intriguing glimpse at the soundtrack to Soderbergh's film  The film on the other hand... ehhhh.  The soundtrack was released on both CD and 7'', limited to 1000 copies.


SIDE A:
All Men Are Freezing- 3 Airy sounding, and very “British.” A bit meandering and starts to walk a thin proggy-line. A little too mundane for its own good.  The best parts never seem to quit materialize.

747 Ego- 3 Plodding cock-rocker, with some attitude injected just below skin's surface. And for that, I find it kind of cool. Sure, sign me up.

Boxing About [Instrumental]- 2 Acoustic, and droning instrumental of the same song from Normal Happiness.  Treads familiar Pollard territory, but nothing special about the instrumental version. Background music for the film.

SIDE B:
Searchlight Pick-Ups- 3 Another instrumental tune that’s more upbeat than anything previously on the EP. Cool lead guitar line holds it together.

I’m No Child- 2 What is a decent song with cool use of accordion is sullied by Pollard’s horribly off-key vocals. Take 2’s aren’t always out of the question there, Uncle Bob.

747 Ego (Oh Yeah)- 4 Same track as the second one on the EP, but this features a lo-fi, full-room backing vocal by Pollard, that I actually think makes this version superior. Song gets a “4.” Appearance of both versions on this thing gets a “1.”