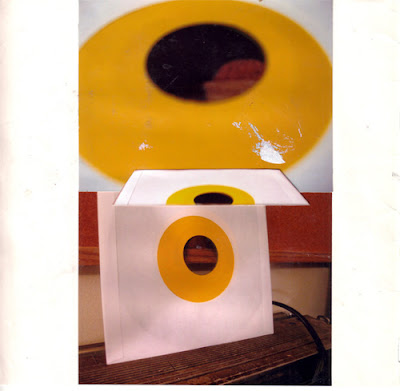 The year 2012 marked the return of Guided by Voices! This also marked the renewal of joyous nerds and audiophiliac's collective squeals of elation. And for the loving curmudgeon, a languished groan as the saga continued. Well, at least as far as the LP realm was concerned. In 2010, after Pollard reported to Magnet Magazine in 2007 that he saw reunions as a "cash grab," Guided by Voices kicked off their reunion tour with their '90's "classic line-up" members in Dallas, TX at The Palladium Showroom.  It was the band's (or moniker's) first appearance since their 2004 final show on New Year's Eve at The Metro in Chicago, IL. Originally intended as a small string of shows into November of 2010, GBV stuck together, playing more shows into 2011. Somewhat inevitably, the recording bug bit, and Pollard and the lineup headed back to the Tobin Sprout 8-tracks, and drafty garages of yesteryear.

Guided by Voices by nature has always been a rotating cast of characters, but for tour and new LP this reunited cast consisted of Pollard, Tobin Sprout, Mitch Mitchell, and Kevin Fennell. By returning to the cries of" classic-line-up," the reunited GBV were able to fill seats at shows, and garner significant praise for the first GBV reunion LP of the (up to 2013), 4 album run of reunion LPs.  Were some colorful characters left out from said "classic" era?  Of course (Don Thrasher, we hardly knew ye'. Jim Greer, why have you forsaken me? Peyton Eric? Is that your real name?).  Did this reunion of classic help produce a classic LP from GBV? Not exactly.

Most media covering the release of the LP began salivating; A collective swoon over the return to the lo-fi, spontaneous recorded grit of the glory days  While there is grit, spontaneity, and some lo-fi qualities, the LP feels more like a weak Pollard solo LP mixed with a dash of some sub par Tobin Sprout outtakes. Some bright spots do prevail, and the hopeful irreverence of early GBV LPs, at times, undeniable.  Overall, the return is a rather bleak, occasionally fun, trip down memory lane. However, memory lane here holds few reconciliations for the listener when mirrored against the classic, mid-90s GBV run this LP was forever held against. Is this expectation unfair? Or is this LP just a lazy?

SIDE A:
Laundry and Lasers-  3 The classic line-up is back!  Pulsating feedback drones, and sharp, minor chord guitar stabs.  Nicely distorted mid-fi. Reminiscent of a Universal Truths and Cycles era song with '96 Matador era production and pounding.

Doughnut for a Snowman- 3 One of the singles off the LP. Folksy opening with recorder playing low-rent, mystical Led Zepplin Bilbo Baggins stuff. Breaks into slow tempoed, go-down-easy pop. Lyrics are flat-out terrible. Is Pollard getting a kickback from the Krispy Kreme corporation? In fact, in an 2012 interview with Magnet magazine, Pollard said he originally wrote this as a doughnut jingle, that never made it. Take what you want from that. At the very least, a toe-tapper with few memorable hooks.

Hang Mr. Kite-  3  Orchestrated, cold as ice song. Sounds dated, and wholly depressing without the rewards of other such chilling GBV songs of the past. "Hang Mr. Kite" is a flaccid kite that never really takes off.

God Loves Us- 1 Simplistic bass line with garage rock tom-pounding. Guitar blasts in, giving it a simple "Postal Blowfish" type feel. Then the TERRIBLE vocals come in. “We are living proof, that God Loves us, we are we are we are we are" etc.- to end. What the fuck?

Unsinkable Fats Domino- 4 One of the stronger tracks on the LP, this is a throwback to easily likable GBV songs of days past, but does feel a bit forced. Slightly awkward guitar arrangement and vocal hook in chorus, but despite that proves a pretty effective track.

Who Invented the Sun-  3 A whispered, wavery Sprout introduces this song while strumming on a brittle guitar. As though Galaxie 500 had mixed with ‘70s attic balladry and resulted in this track.  Propeller era type closet recording. Sloppy and barely held together, oozing with delicate charm.

The Big Hat and the Toy Show- 1 Perhaps trying to recreate the what-the-fuck charm and outlandish, enjoyability that comes with older tracks like “Her Psychology Today", however,“Big Hat…” is a noisy noodly waste of time, that sounds more like a Pollard solo track off Suitcase 3.

Imperial Racehorsing- 3 Steady, buzzing lackadaisical rhythm encompasses the spine of the track. Slightly pot-tinged tune, with psychedelic horns popping in and out. Big time guitar noodling on a small scale pop up and out of the track. More weird than catchy, but the hooks are buried and burn slow.

Waves- 4  Visceral, shoegazey kind of pop song. Bright and airy with Sprout vocals almost completely buried in the mix, making it a trebled instrumental that flows by easily. One of the simplistic stand-outs on this album. Recommended for spring time listening.

My Europa- 1 Guitar wobbles in and out of the mix as Pollard croons, in and out of tune. Sounds pretty off-the-cuff, which is fine in the GBV spirit, but on the grand reunion album it’s ultimately ill placed. We’ve heard a million of these on Suitcase collections, there is not much need for this here.

Chocolate Boy- 4  Acoustically driven track with lush string backing.  No grand hook to speak of, but the vocal melodies are reminiscent of the early ‘90s. This song fails to deliver as big as expected considering a solid foundation, but is still a breezy, light, and catchy quality song.

The Things That Never Need- 1 Creep-city piano rings out as a bunch of kids talk over it, and guitar noise pops in and out.  Oh, say it ain’t so.

Either Nelson- 1  Oh, come on already.  Uninspired, sloppy staccato guitar jabs while an even more sloppy piano goes crazy over this wet noodle of a track. Deservedly DOA.

Cyclone Utilities (Remember Your Birthday)-  1 Sounds like something off an older GBV ep from the early ‘90s. Barely held together, stripped down. Unfortunately, a little too long for it’s own good, and basically goes nowhere.

Old Bones- 3  Sounds like Tom Waits if David Bowie produced him.  Tobin Sprout track that gets lost in dated, creepy synth, and balmy organ noises.  Subtly beautiful and affecting. You don’t wanna like it, but it can make you weep a little between the bones.

The Room Taking Shape- 3 Acoustic strums, dueling drunkenly back and forth. Wavery Pollard vocals, make it sounds like a lost outtake straight from of the Clown Prince of The Menthol Trailer EP.  Creakily interesting and nostalgic.

We Won’t Aplogozie for the Human Race- 2 Off-putting, fucking depressing, go nowhere song soaked in minor chords and sullen orchestration.  Way too long for it’s own good. May have worked as an eerie 1 minute snippet song. But a weak closer to a particularly weak comeback.