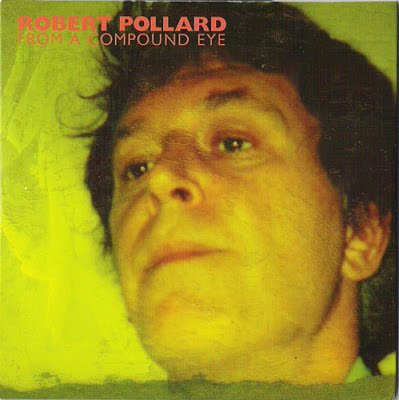 A year and a half removed from his previous solo LP Fiction Man, Robert Pollard returned to the solo game in grandiose fashion. Signing to indie giant Merge Records, Pollard offered up a double LPs worth of songs. 26 to be exact!

Garnishing added press, this also marked the first solo Pollard record following the retirement of Guided by Voices. In addition, the Merge Records profile didn't hurt, as the press treated it as a "comeback" LP of sorts; a fresh start.  Run by Mac MaCaughan and Laura Balance of Superchunk, Pollard was no stranger to the Merge Records proprietors. Pollard had collaborated with MaCaughan on the one-off project for their band Go Back Snowball's LP Calling Zero in 2002. Additionally, GBV and Superchunk appeared on a split Australian import CD in 1996, meant to promote a joint tour that never actually happened.

Pollard's double LP return is fairly daunting to endure in one sitting. Gone are the brisk, snippet sections of GBV glory days of packed records. From A Compound Eye is a stylistic mixed-bag of prog-pop, garage saccharine, and muddled, over orchestrated ideas. A surprise around every corner, the LP is sometimes difficult, but rewarding.

SIDE A:
Gold- 4 Melancholy tremolo guitar and hope soaked vocals introduce this sprawling solo "comeback" record. No particular standout hooks, but this is a the kind of slow burner that sticks over time. A solid opener to a long journey.

Field Jacket Blues- 2 What is actually one extremely simple and catchy verse, opens and gets interrupted by senseless prog sounding guitar noodling and off-time accents for what seems to be lack of ideas.

Dancing Girls and Dancing Men- 4  McCartney-esque bouncy number that is both light and catchy. Ahhhh, like a goddamn spring day or some shit. One of the early standout tracks on the record.

Flowering Orphan- 3 Somber string section, and hushed guitar flourishes stand as the meat and potatoes of this song. Nothing particularly remarkable about it, but still a comforting soundtrack for a rainy day.

The Right Thing- 3 First minute and change is the demo version of this song. The song feels like it has a lot of wasted potential. The hook is annoyingly catchy, but Pollard’s helium melody is just plain annoying. One of those songs that gets stuck in my head, usually at the wrong times.

U.S. Mustard Company- 4 Harmless tune with a light jangley opening that finally opens up into a mid-tempo relaxed rocker. Easy to digest, and manages to snag a hook in the brain.

SIDE B:
The Numbered Head- 1 Pollard-brand “metal.” Detached and industrial sounding, complete with trite fuzzed out bass. At nearly five daunting minutes, this song has the pop-potential to kill a brain cell or twenty.

I’m a Widow- 2 Lame rocker. Lame. The main hook of “I’m a widow and I’m hot to do you,” is, to say the VERY least, cringe worthy. Unfortunately, the repetitive nature of this line gets stuck in your head, and you might find yourself singing it while stuck in traffic, or doing intensive labor, and then you find how much you might really dislike this song for being so damned annoying. Be careful!

Fresh Treats, Salad Shooter, and Zip Guns- 2  Apparently named by throwing darts in an ass backward SkyMall catalog, this short song is a mixed bag. The one minute build-up is pretty dull, but Pollard’s doubled part is inspired, flowing pop. So of course he abandons it and ends the song, leaves me feeling cheated. ARG!

Kick Me and Cancel- 3 Decent verses that almost sounds like something off a late '00s Sonic Youth album, minus the alternate tuning. Breaks into awkward starts and stops that are distracting and misplaced, but this song is still pretty alright with me.

Other Dogs Remain- 1 Synth, space-balladry with no direction. Woof!

Kensington Cradle- 1 Circus Devils sounding tune. Music hammers away as if played in the middle of a factory, levels peaking, vocals plodding. Pollard and producer Todd Tobias tackling noise-rock under the solo moniker of and miss the mark.

Love is Stronger Than Witchcraft- 5  Multi-sectioned and ambitious number. Main riff and bellowing choruses make for a winner. The wonky sounding bridge, and the fact that the song borders on schmaltzy almost take off points, but I could never do that. I love this song too damn much.

SIDE C:
Hammer in Your Eyes- 3 Almost all of this song is perfectly average, from the main riffs to the vocal melodies. Luckily, Pollard keeps it short, and it suddenly feels refreshing as an afterthought.

I Surround You Naked- 4 Mid-tempo rocker with very little tricks. Pollard’s melody and chord progressions in the chorus are naturally refreshing and simple. Turn it up!

Cock of the Rainbow- 2 Eerie, gently plucked number that’d probably be the perfect soundtrack to someone standing in a cold field in the rain. Doesn’t sound wholly inviting or interesting either, buried in this bloated LP.

Conqueror of the Moon- 3 Mini-epic, space rock-opera? Of course! Thankfully at five minutes, the song actually isn’t half bad. Contains enough fresh moments and shifts to be momentarily relevant, and goes down easy at times.

A Boy in Motion- 3 Comparable to a slightly more beefed up Pollard demo. No frills. Acoustic strums, later accented by big guitar strikes, and pounding toms.

Denied- 1 From the sci-fi engine noises, to the tremolo guitar, this song has the potential to sound like a Mission of Burma number for a second. But alas, it follows the weird, industrial prog of previous scraps on this LP. Put this on a Circus Devils record, and maybe I’ll give it another look.

Light Show- 3 Sullen, slow tumbling clean-chord jangle of a song. Get your yawn on. Soaked in moody synth for good measure. Picks up at the end, as if successfully bursting through the muck. Refreshing finish, if not somewhat corny.

I’m a Strong Lion- 4 At just over a minute, this is vintage Pollard, but with some added quirks. The lyrics are pretty goddamn dumb,as are the keyboard frills post-chorus. But those prove fairly catchy however hokey they may be. Has the feel of a radio jingle more than a classic Pollard cut.

Payment for the Babies- 3 Fairly simple melancholy acoustic number. No harm, no bite, no foul.

Kingdom Without- 2 Starts up sounding like a Spinal Tap song about British monuments. Seriously. Moody synth swells in the background. Song eventually builds up to a big bad nothing.

Recovering- 3 Recovering is something the listener might need to do after getting through this 26 song album in over an hour. Thankfully, Pollard ends it on a mid-tempo easy rocker that’s just satisfying enough, but doesn’t make any grand statement to cap off a grand, at times, misguided LP.