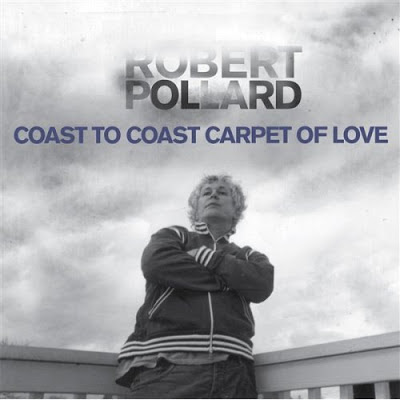 Coast To Coast Carpet Of Love, released the same day as Pollard's Standard Gargoyle Decisions on Merge Records is the decisively more "pop" LP of the double release day.

Originally, both LPs were to be issued as one double LP. However, Pollard chopped them up, added a few tracks, and released them separately.  Perhaps to get out of whatever deal was struck with Merge at the time?  Not sure, but it would be Pollard's last LP released during his relatively short (4 LPs) stint with Merge.  The LP is another foray into a bunch of oddly arranged pop numbers, with some scattered highlights throughout. This album gets better with repeated listens. Don't let it sit on the shelf.


SIDE A:
Our Gaze- 3 Angular guitar stabbing opens side one of Pollard’s newest “pop” album. By :45 seconds in, it sounds like we’ve heard 3 different songs, seamlessly weaved together, but not necessarily for the better or the impressive. Awkwardly sung, “Roman Heads of George Washington. Heads,” part sounds like an off-key blooper that was kept in the recording. The tracks intriguing, and actually improves with repeated listens. Much like the way budget beer tastes better with every sip.

Count Us In- 2 Again, what starts of as a normal minor chord jangle breaks into inexplicable rhythm changes. Awkwardly constructed and dismal sounding, until the last :50 seconds which are pretty goddamn catchy.

Current Desperation (Angels Speak of Nothing)- 3 Meditative pop track that doesn't take any unexpected, or ill paced turns like the previous tunes. Refreshing after some dizzying decision making before hand.

Dumb Lady- 3 An airy, free flowing pop tune that feels held together by an altered Built to Spill riff. Not much in the way of memorable chorus. The outro proves to be the subtle pay-off.

Rud Fins- 5  Perhaps the most straight forward pop tune on the album, with a little force behind the cause. Shouted vocal outro puts this one over the top. A new day Pollard classic. Mix tape material alert.

Customer’s Throat- 3  4/6 rhythm sounds like it was constructed without much effort around the rhythmic pattern. However, this song manages to stay refreshing, albeit robotic at times. Ending sounds like something off Earthquake Glue.

Miles Under the Skin- 4 Simple guitar riff holds this one together. Part early '00s GBV feel to this. Definitely on the lighter side of things here. Chorus is airy, and possibly the easiest to get stuck in your head off this LP.

SIDE B:
Penumbra- 2 A strange mix of Uncle Bob vocal stylings wrapped around simplistic jungle rhythms? Feels like a crappy campfire chant disguised as a song. Kind of idiotically weird and annoying.

Slow Hamilton- 3  Back to the soft rock. Familiar guitar intro breaks into uplifting middle part. Unfortunately, the stilted rhythms hurt this song. A straightforward approach may have made this one more worthwhile.

Look is What You Have- 2 Following suit with some earlier tracks, this sounds like 2 or 3 songs pasted together, complete with droning baritone vocals. Drudges along for a little over two minutes. Next.

I Clap For Strangers- 4 Perhaps the most familiar song on the LP harking back to GBV. The song recalls Do the Collapse/Isolation Drills period GBV. Song teetering on a 5 ranking for me.

Life of a Wife- 3 Okay, stupid rhyming title. Lame piano, and falsetto parts to proceed. Lame, nod-your-head-back-and-forth lyrical patterns. Dated solo in the middle. And yet, it's kind of fucking catchy. A track that begs to be skipped, and then laughs in your completely shocked face after you've somewhat enjoyed it.

Youth Leagues- 2 Two part song. Starts off sounding like the beginning of a retro video game, or early 80s workout video. Catchy in a dumb as nails kind of way. Then the song breaks into Pollard-reverb shrouded vocals that then carries much of the song into oblivion.

When We Were Slaves- 1  Lifeless acoustic driven number. Goes nowhere, with mismatched chords. Fails to deliver any hooks, any real emotion. Throw-away 101.

Nicely Now- 4 Piano and acoustic, subdued number is guiltily hooky, very British, and contains a sappy midsection. Somehow, it all works. Get your whistle shoes on and start tappin’ those table tops.