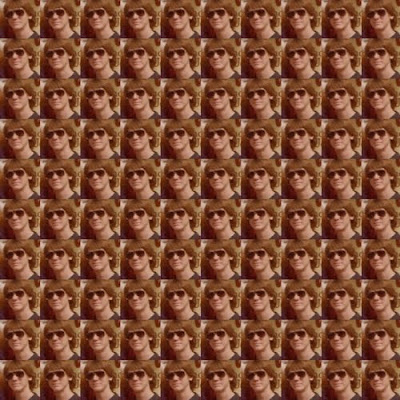 Welcome to the first round of the newest Pollard and gang EPs; a sordid collection of tracks.  On December 7, 2018 GBV dropped the first two of four announced EPs: Wine Cork Stonehenge and 100 Dougs. According to the band, these tracks were made on the fly, trying to capture some of that mid-90s magic with the current line-up. No thoughts, whether too big or small, were kept out of these recordings, it seems.

Sure enough, keeping in the spirit of the traditional GBV EP, both releases are loose and more off-the cuff than their the last couple LPs (although nowhere near as loose as 2013's disappointing Down By the Racetrack EP). Unlike some of the stone-cold classic GBV EPs of the '90s, these songs are presented in a higher fidelity, fleshed out, although warped in their own way. Speaking of "WARPED," Pollard has said in late 2018, all four EPs would see release as the Warp and Woof LP in 2019. Yes, all 24 tracks from the four 7" EPs would be collected onto one LP, with different track order and title. Get your wallets ready kids!

All EPs in this collection are limited to 1000 7'' copies on black vinyl.

Stay tuned as I post these, and then repost them later in 2019, under the title Warp and Woof. Oh Lord.

SIDE A:
Bury The Mouse- 4 Some attitude-laced riffage that tows the line between parody and serious GBV rocker. Almost laughable at points, but somewhat cool? Pollard's vocals sit perfectly atop this distorted thunderstruck chug. Devotees will say they love it because Pollard references Same Place The Fly Got Smashed in his lyrics, and some fans eat that shit up!

Coming Back From Now On- 2 Pollard announces the track over more screaming fans sound effects, similarly to that heard on "The Stars Behind Us." The song awkwardly transitions between mind-numbing rock tune and near high-kick territory. Unfortunately, Pollard's melodies are DOA throughout.

Foreign Deputies- 4 Haunting guitar and vocal track. Sounds as if Pollard sits alone in a dark room, contemplation into unconsciousness taking place. Chilling, minute long track that gets better with every spin.

SIDE B:
Cohesive Scoops- 4 One of the Internet exclusive tracks first released to promote these EPs, "Cohesive Scoops" has all the makings of familiar GBV classic-in-the-making. A thin line keeps this "really good" tune from becoming a "great" one. Pollard's vocals, whether by production or unsteady single take performance, sound off kilter at times. The warbled harmonized lead out, though, comes together as trustworthy GBV gold.

Out Of The Blue Race- 1 Constipated Bob is back! As if in the midst of drunken bowel troubles, Uncle Bob digs into his baritone moments for this lackluster guitar boner of a tune.

It Will Never Be Simple- 2 Doug Gillard gets front and center here, no vocals necessary (I guess?).  This 2 and a half minute instrumental track feels like an epic compared to some of these tunes over the course of the two EPs! If you're looking for an uptempo soundtrack for an '80s VHS educational video, you'll love this song. Baffling inclusion.