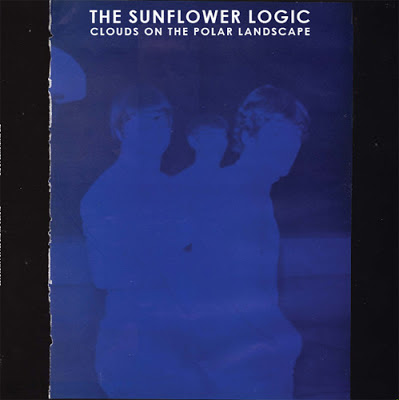 Excitedly heralded as the first release recorded in Robert Pollard's new home studio (christened The Public Hi-Fi Baloon), Pollard's new side-project came out rather mysteriously and unexpectedly.  The release info for Clouds On The Polar Landscape was marketed early to fans in online emails and message boards.  Mixed-colored vinyl copies (each copy a different color!), limited to 500, sold out in a couple days. CDs were limited to 1000 worldwide.  So what the fuck was this new band, The Sunflower Logic?

Released on the nonsensical Pink Banana Records, the best part of this release is the fake ordering catalog that comes along with it, and its myriad of fake band names inside said catalog. Also, the cover art is pretty cool; nice and sparse for a change.  The rest.......

I Wanna Marry Your Sister- 1  Begins with a late night actual answering machine recording that drags on. Pollard gently plucks, strums, and beats an acoustic guitar, alone,while the vocals wobble out of one speaker. Another waste of time.

I Was A Boy-  1 Guitar gets banged around, off-time, and Pollard sings something or other. The band stomps along, out of sync. There's some repetitive honking, squeal noise. Pollard keeps singing
"I WAS A BOY"... OH... FUCK THIS.

SIDE B:
Felt Stars- 1  Like "I Wanna Marry Your Sister," this is another Pollard alone track. This time he hits piano keys, out of rhythm, and out of key. He then sings some pretty crummy lyrics. The piano builds, but it sounds like your 3 year old nephew got a hold of your piano. Can't spell good without god. Good GOD.

Fuck You Mr. Smith- 3 This song's so ridiculous, but I dig the overall scope and Jim's guitar part! Sounds like a real band for second, held together with the psych guitar blasts, and the the appearance of genuine guitar jangle. Over 4 minutes, but the answering-machine quality vocal styling is pretty awesome.  Nightmarish, and sort of works, even if there are lyrics about gym class and whatnot.
Posted by Eric Truchan at 8:49 AM