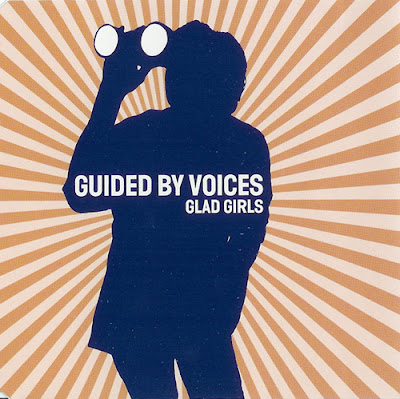 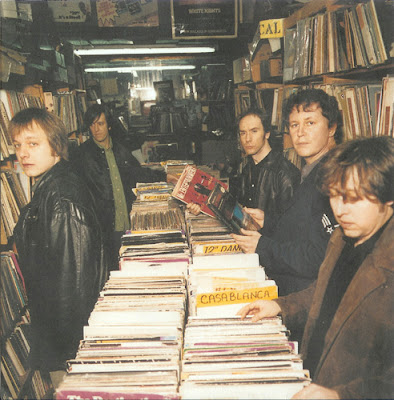 A month prior to the release of GBV's LP Isolation Drills in 2001, TVT Records issued the single "Chasing Heather Crazy" on 7''.  The b-side contained an exclusive cut, "On With The Show."  Several months later, a promo CD was released in Australia, promoting the single for "Glad Girls" in a CD single of the same name.   That CD, like the 7'', contained the track "On With The Show."  More frustrating, in the exclusive-track department, the compact single also contained two non-LP tracks from the Isolation Drills recording sessions, making the CD single the best bang for the buck.  Frustratingly, the Glad Girls CD single remains a pesky, import single release, and difficult to track down.

All in all, besides the single itself, the three tracks included on the CD are similar in mood, decent for sure, but none quite break any kind of barrier of quality or memorability (for better OR worse).

North American Vampires- 3 Super short electric guitar and vocal based track. Upon first listen, this might sound like another fly by the wayside track. Repeated listens are worth it. And at a minute and six seconds, why not? Downer, yet silently triumphant.

On With The Show- 3 This song appears on the CD as well as the b-side to the Chasing Heather Crazy 7.''  Proggy, slower, and again another downer that boasts a rather catchy arena rock feel to it. Poppy intervals are solid and interesting. Sounds like an Earthquake Glue  precursor. A tad long for it's own good, and slightly aimless at parts (i.e. "Come on, yeah" x's 50+) this song is still solid enough for sure.

Isolation Drills- 3 Like the GBV songs "Bee Thousand" and "Alien Lanes," Pollard names a song after an album, but doesn't include it on the LP of the same name. Score one for Pollard. Another moody, arena rocker that is somehow also subdued. The song relies on its frolicking drum toms, with serious lack of snare. Electric guitar chugs along with an early and poorly timed fade out. Sums up the early 2000's GBV style.