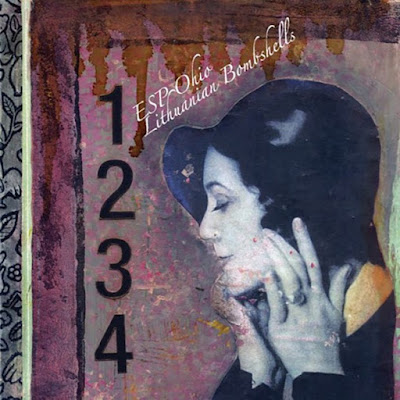 One of two 7'' singles released a month before ESP Ohio's debut LP, Starting Point of the Royal Cyclopean, each single features an LP track plus 2 unreleased Pollard/ESP Ohio tunes. Limited to 500 copies worldwide, both 7''s sold out in a flash at Rockathon Records.

Side A:
Lithuanian Bombshells- Same track appears on Starting Point of the Royal Cyclopean. Check out the link for full LP review.

Side B:
She Wrote Well (To Tell)- 4 This one's a collaborative effort between Pollard and bassist, Mark Shue. A punk tinged, pop heavy ripper. Catchier than the flu virus in a house of closed windows. The Pollard/Shue vocal harmonies throughout shine. Won't go down in the books as a classic, but deserves all the accolades we must give it. Fantastic.

Woah Nelly- 4 Inevitable, I guess, that one day we'd finally have a Robert Pollard song named "Woah Nelly." Merely an observation. So creepier, dustier basement recording. Uncle Bob sounds rather candid here, as if just thrown from a deep sleep and propped up in front of a boombox recorder. Acoustic plucking, with sure-footed yet wobbly vocals, this is a rather beautiful, oddly addicting track. Sentimental, mysterious, and pulls at the heartstrings.