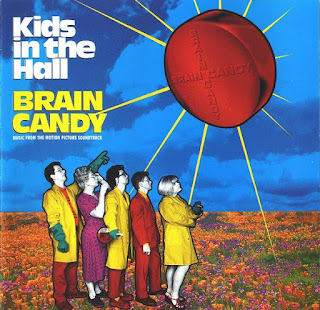 Perhaps Canada's greatest export, sketch comedy troupe Kids in the Hall released their first feature film, Kids in the Hall: Brain Candy, in 1996. Being a part of a lot of really rad shit in the '90s, GBV were able to include a rerecorded version of their classic "Postal Blowfish."

Postal Blowfish [New Version]-  4 Hi-fi version of the lo-fi classic. Actually, let's call it some kind of mid-fi compromise. Pollards vocals are polished and upfront in the mix which is kind of distracting and underwhelming.  Possibly the simplest of GBV riffs is still excellent but if you must choose, unearth the King Shit and the Golden Boys version instead.